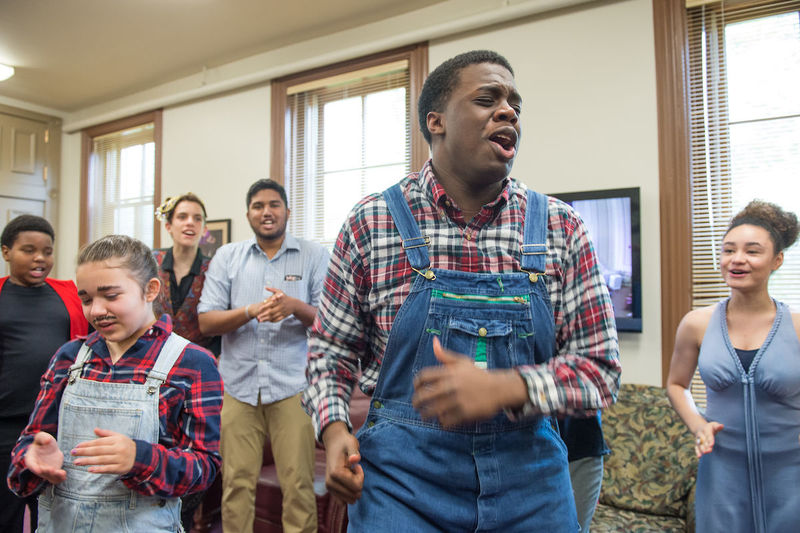 Josh Crudup could fool some people back in the day, or at least win them over with the sheer force of cuteness.

“He had these chubby little cheeks,” Christy Burgess says. As a second-grader trying to get out of doing his homework, he would let tears roll over them. This would weaken grown-up resolve.

There were other techniques, too. One time a Robinson Center tutor came to Burgess saying she thought little Josh might be sick.

“He said the room was spinning,” the tutor said.

Burgess was onto him by then. She also had just seen Josh playing four square out on the playground, so she diagnosed him, correctly, as concocting a ploy for sympathy rather than experiencing an actual symptom. 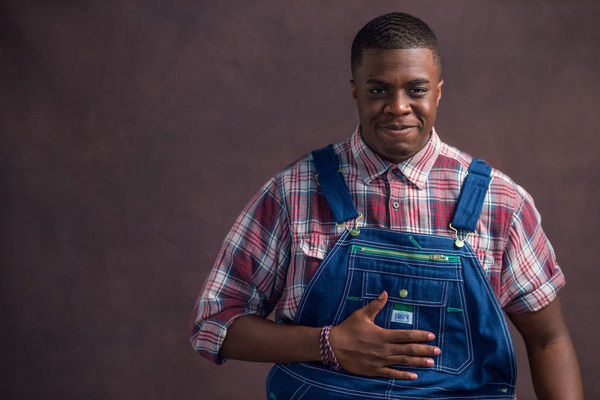 He’s 16 now, an incoming high school junior and football lineman who’s still charmingly childlike in many ways, but no longer able to fall back on the quivering-lip method of getting his way. Not that he’d use it much. This Josh isn’t one to wriggle out of responsibilities. Burgess, the director of the Robinson Shakespeare Company, introduced him to the consequences of that a long time ago.

Josh learned his first Shakespeare lines secondhand, listening at the kitchen table while his older brother practiced for a role in Macbeth, the Robinson ensemble’s first production in 2008. Josh recited them with pride for Burgess, who said she needed to get him into the program.

When he joined the next year, the memorization didn’t go quite so well.

“Did he tell you he was kicked out?” Burgess wonders.

He did. Even as a third-grader, Josh says, he recognized the dismissal as a reflection of Miss Christy’s high expectations for him. He took it as a compliment — and, perhaps for the first time, experienced the limitations of chubby cheeks.

“Your heart hurts and obviously you wanted to help him out, but I also have to look at the fact that if we can get him to learn this lesson now, in third grade, this will help him in the future,” Burgess says. “It did, and, I have to say, he came back in fourth grade with a vengeance.”

That year, Josh won his age group in a monologue competition as Pyramus from A Midsummer Night’s Dream. He’s been a part of the Robinson ensemble on and off ever since.

Surgeries to correct flat feet and then sports commitments kept him from participating every year, but he has remained the soft heart of the group and an under-the-radar inspiration to other members.

For Josh’s birthday in April, the students took turns offering him affirmations. Most of them talked about what a fun, goofy and just nice guy he is, “a gentle giant,” quick to comfort and welcome and help however he can.

Ellie Graff revealed to Josh that she saw his winning Pyramus monologue all those years ago and used that performance as a model for her own. She got runner-up for hers, giving all thanks to him for the silver.

And Forest Wallace recalled when Josh returned to the group after an extended absence. During a rehearsal, Burgess asked if anyone had a monologue they wanted to perform. It had been two weeks since Forest had practiced his, so no, he wouldn’t be among the volunteers. For Josh, it had been two years, but he raised his hand and recited, any accumulated rust invisible to the naked eye. Forest thought, “Now you know he’s a Shakespearean.”

Old monologues stay with him, and new lines stick, a lingering reaction to the door he was shown back in third grade and the desire never to disappoint Burgess like that again. He can see her stare with his eyes closed.

The actors don’t want that look trained on them, but they see the love and loyalty in her eyes at the same time. And they know Burgess will save her fiercest stare, and more, for anyone who doesn’t treat them right.

Once, on a Robinson Center trip to New York, the group took a crowded ferry to the Statue of Liberty. There were no available seats, but a standing Josh obstructed the view for other passengers. One man insisted he sit down.

Despite the impossibility of that in the crush of people, Josh, in his accommodating way, tried to crowdsurf toward some less intrusive place. Burgess stopped him and took up his cause.

The man persisted, complaining that his family couldn’t see.

Burgess cued up another response if he had anything else to say, but that was the end of the confrontation.

“I’ll always have your back, Josh.”

He’s never forgotten that line, either.