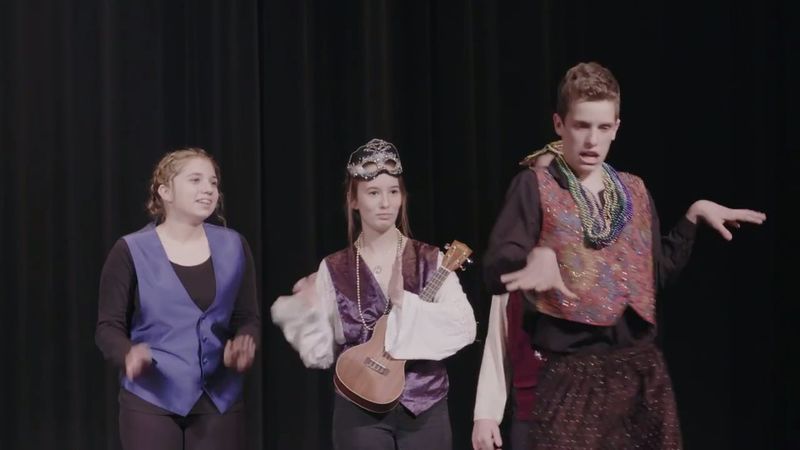 Forest Wallace, as Cloten, gives Shakespeare's verse a hip-hop update to woo the king's daughter Imogen. Cloten dismisses the music his attending lords play, then asks them to give him a beat. Listen to Forest's first attempt during an early rehearsal:

His steeds to water at those springs

On chaliced flowers that lies;

To open their golden eyes:

With everything that pretty is,