Gabrielle was three months pregnant with her first child when she fell off the back of a moving tap tap, one of the garishly decorated trucks that serve as Port-au-Prince’s only public transportation system, and was dragged several blocks after her leg caught on the trailer hitch.

Most tap taps are pick-up trucks with sideways facing benches and sheet metal frames for walls and roofs, but the backs are open so that passengers can hop on and off by climbing on a lowered step hanging off the trailer hitch. They’re often overcrowded as they speed down the boulevard with passengers standing on the trailer hitch, hanging on to a side rail as their only means of security. 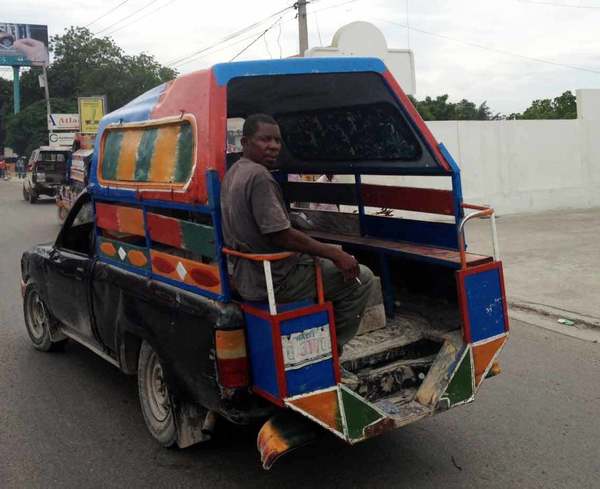 “What happened?” I asked.
“Mwen te tonbe,” she replied softly, her hair pulled back in two large braids along her scalp. I fell. She had a broken pelvis, a shattered left femur and road rash from being dragged along Delmas Boulevard. One long external metal rod connected at several points to screws fastened into the shards of bone of her femur, holding the thigh bone in place so that it could heal properly. Her pelvis was boxed in on three sides by a metal frame bolted into the bones, fastening them in place but ensuring that she couldn’t leave the bed and couldn’t even turn to one side or the other. The open skin from the road rash spanned the length of her leg and provided a comfortable home to all sorts of bacteria, inviting them into the open wounds created by the screws that dove deep to her bones.

After two weeks she told me that she had been pregnant at the time of the accident and was now experiencing vaginal bleeding. The metal rods and the inability for her to bend at her broken hip prevented us from performing a vaginal exam. The road rash and bandages prohibited me from placing an ultrasound on the outside of her pelvis to determine the viability of the pregnancy. As the bleeding continued, there were signs that the accident and broken pelvis had terminated the pregnancy.

“How is my baby doing?” she asked me a week into the bleeding, her hair fluffed in a wild afro.

“I think that you’ve probably lost the baby. But you will heal up and you are young and can try again,” I said. She nodded in affirmation, quietly absorbing the information, another string in a web of bad news.

During the weeks that she lay flat on her back in the hospital bed, excess fat melted off the 25-year-old’s belly and thighs. Five weeks later, she was discharged from the hospital sporting zig-zagging loose corn rows, and I went home to Florida to work for a few weeks.

When I returned, I’d regularly see Gabrielle waiting outside the clinic where, twice a week, she had her dressings changed and participated in physical therapy exercises. Her face was thinner each time, but she always wore a beautiful smile, flashing perfect teeth. I’d make some variation of the same lame joke about how the next time she came she could play soccer or go for a run. She giggled each time and showed off her new hair style. She always maintained a positive attitude, never run down by the tribulations she had endured. Her family was usually at her side, helping her from the wheelchair up into the tap taps that she bravely rode from home to the hospital for the appointments. When her pelvis healed, she transitioned to walking on crutches, and still laughed at my jokes about exercising soon. She was a constant reminder of the trauma on the streets, but also a reminder of a life that we had helped. 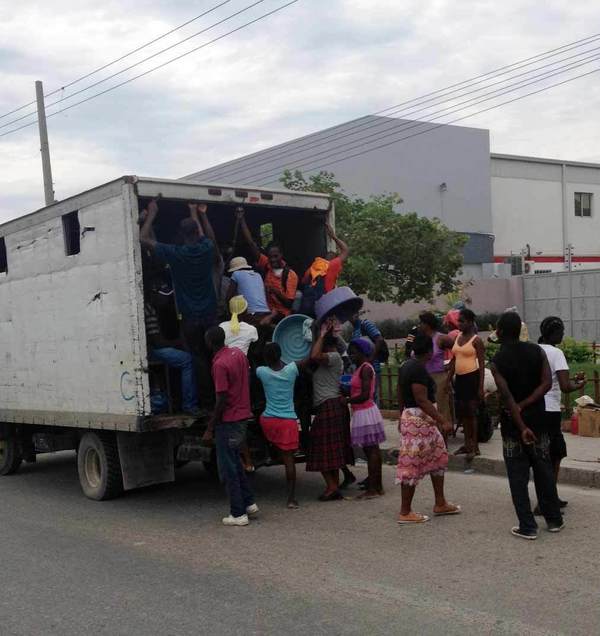 Two months went by and her leg still hadn’t healed entirely. In the previous weeks she had developed worse pain in her left leg and then pus began leaking from around the metal screws. She had gone from using crutches back to sitting in a wheelchair. X-rays showed severe osteomyelitis, a chronic infection of the bone. The fragmented shards of her leg hadn’t healed because the infection prevented generation of new bone and slowly ate away at the old bone. The bone infection required at least four weeks of IV antibiotics and there was no way to administer them at home as we would do in the US, so she was readmitted to the hospital.

Every day when I’d walk through the hospital ward, Gabrielle would turn and smile at me. While largely confined to the bed, she could turn around and sit up and generally choose the position that she wanted. She had two additional surgical procedures to scrape the bone clean of the infected portions and then continued antibiotics for another two weeks. After a total of six weeks in her second round in the hospital, she was finally discharged home.

The recovery for trauma patients like Gabrielle can last for months. Wound care, physical therapy, and permanent physical disabilities are a fact of life for them. Most are young with families, and they are the age group that is the most economically productive members of society. Road safety, therefore, is an overlooked form of economic development for poor countries. The solutions are multi-faceted: drivers must take more care in driving; motorcycles need to be retrofitted with side guard rails to protect the legs when they tip over; police need to enforce traffic laws; and the public needs to respect each other on the road. But some of these solutions require money, something that won’t happen in many poor countries for years.

I saw Gabrielle yesterday, back in clinic to change her new dressings, perform physical therapy and see the orthopedic surgeons. Her hair was neatly braided in small, straight corn rows and she smiled and giggled as I approached.

“When are we going to play soccer?”

“Tomorrow,” she played along. Not yet, but soon enough.