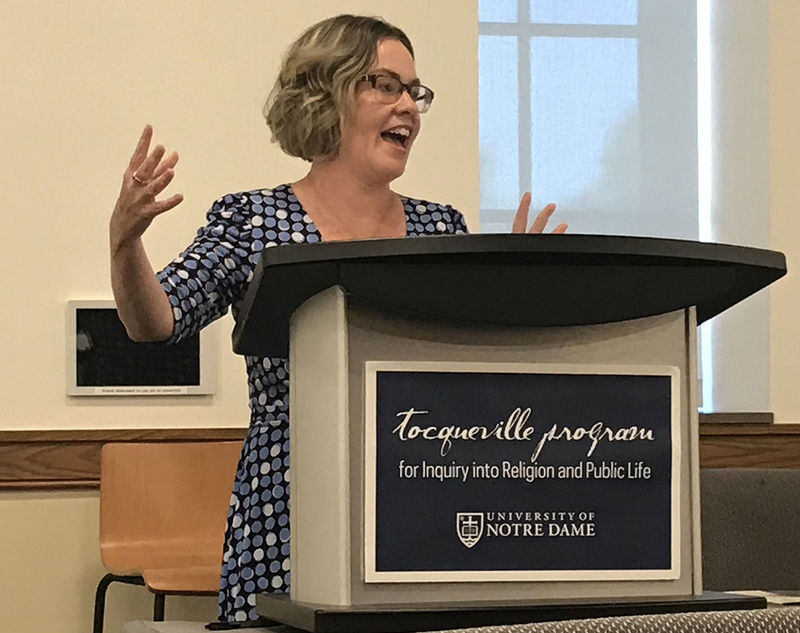 “He understood far better than anyone who came before him just how meaningful it was when a population that did not have a saint of its own received one.” —Notre Dame professor Kathleen Sprows Cummings ’95M.A., ’99Ph.D. on Pope John Paul II 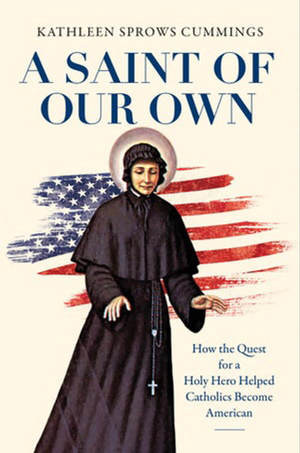 That was a sea change for the Catholic Church and included the addition of two — St. Rose Philippine Duchesne and St. Katherine Drexel — to the litany of American saints. There are now 12 canonized Americans, said Cummings, the author of A Saint of Our Own: How the Quest for a Holy Hero Helped Catholics Become American.

Cummings, the director of Notre Dame’s Cushwa Center for the Study of American Catholicism and a professor of American studies and history, spoke during a panel discussion September 26 in Jenkins Nanovic Halls that marked the official launch of the book. A Saint of Our Own describes how the search for American saints helped Catholics in the United States celebrate and unite their national and religious identities. The book traces U.S. Catholics’ quest for American saints from the 1880s to 2015, when Pope Francis named the 12th — St. Junípero Serra — in the first such ceremony held in the United States.

A Saint of Our Own also chronicles the lengthy process that led to sainthood for America’s best-known saint: Elizabeth Ann Seton, who was born in 1774 into an Episcopal family and converted to Catholicism as a widowed mother of five. Canonized in 1975, Seton founded the first Catholic school in the United States in 1809 and, soon after, the first American community of religious sisters.

The panel included George Weigel, an author, political analyst and distinguished senior fellow at the Ethics and Public Policy Center in Washington, and Ken Woodward ’57, former longtime religion editor at Newsweek and author of the 1990 book Making Saints: How the Catholic Church Determines Who Becomes a Saint, Who Doesn’t and Why.

The process of determining saints relies in part on people spontaneously thinking that an individual is worthy, Woodward said. “In the beginning, it’s the most democratic process in a not very democratic church.”

“One of the reasons I’m very grateful to Kathy for this book is that it is a very welcome break from the usual stuff that dominates discussion of the Catholic Church and its affairs these days,” Weigel said. A Saint of Our Own is a reminder of how dramatically John Paul changed the process for recognizing saints, he said. “It was not tweaking,” he said. “It was overturning.”