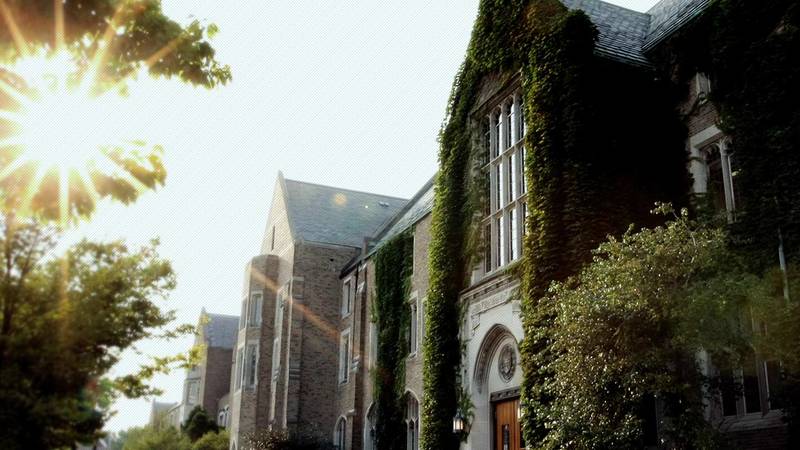 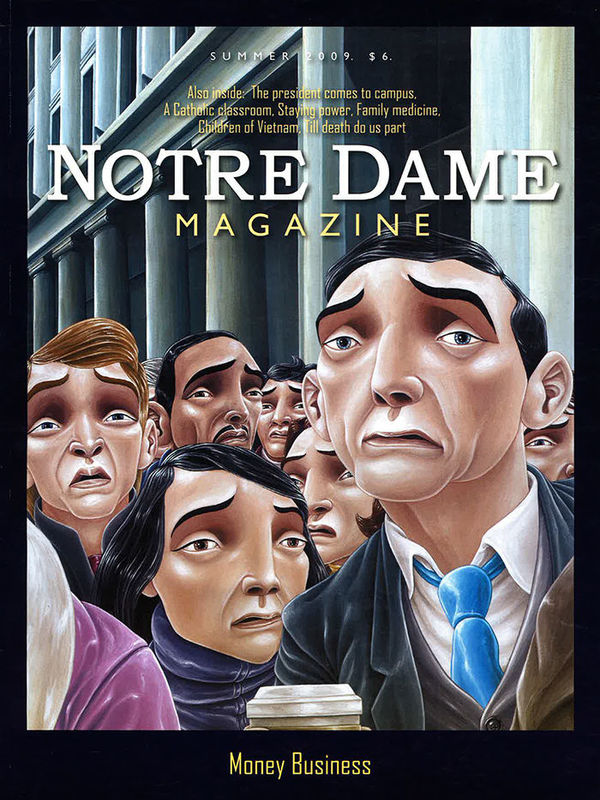 Eye of the Needle

‘As a man of conscience, I have been greatly pained by the economic and financial headlines of the past 18 months. I have wondered whether my life has been inadvertently given over to ignoble pursuits, if not outright evil.’
Full story

Over at Our Place

Obama’s coming to commencement wasn’t the first presidential appearance to draw fire. It’s a tradition to invite them for a visit and a talk.
Full story

The president’s invitation to Notre Dame exposed major divisions — within the University and the American Church. But it also offered a chance for a family to find the good.
Full story

The Time and the Place

In some ways, this year’s commencement weekend was like no other. In others, the celebrations came off as always. Either way, Notre Dame showed that differences can be respected.
Full story

The currents of a tumultuous spring converged at commencement — an occasion for presidents to seize the day and an institution to start figuring out tomorrow.
Full story

To Redeem the Time

A professor of political science, who hopes his students will be motivated to transform the world, considers how to bring his Catholic faith into the classroom.
Full story

The force that endures may not be the most obvious. The strength that sustains us is much mightier than the sword.
Full story

Having coffee with . . . Ann Tenbrunsel

A young doctor set out to help those most in need. He soon learned that service and a sick system can bring a person down.
Full story

Weather report: How ND is faring in the financial storm
Mission: financial aid
Calling the shots
The quiet genius of Audrey Marier
Share and share alike: Why students plagiarize
The intimate study of ‘terrorism’
Echoes: ND’s Department of Agriculture
Seen and heard
Deaths in the family

The seasoning of lake glass