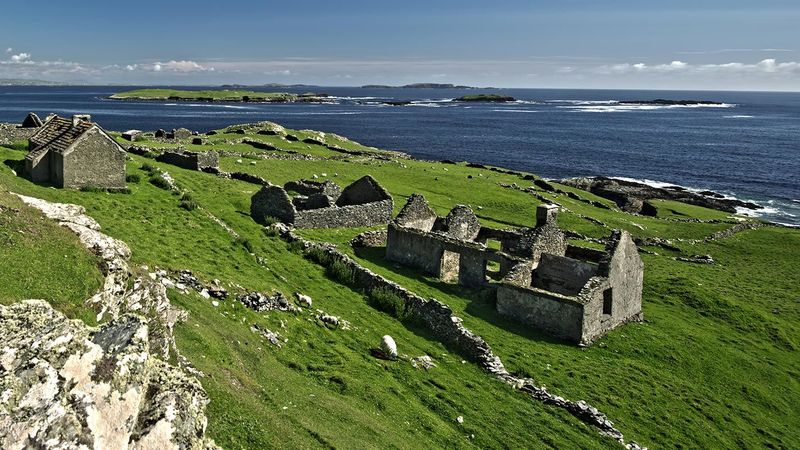 The Land Left Behind Autumn 2012 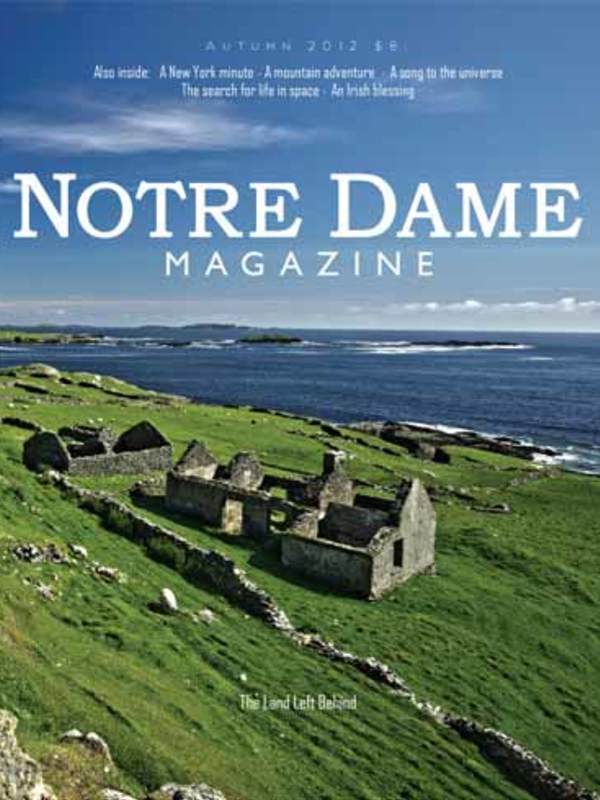 The islands, home to the Irish for centuries, are beautiful, abandoned and silent now — but still divulge stories through those who left and what is left behind.

Standing in Their Footprints

As I listened to the gentle wind moving the grass around the vacant buildings, I was struck by the soft footprint of the people who once lived there. Shark had been abandoned for only about 50 years, but already the former residents’ lives, memories and histories were disappearing.

To Be an Irish American Is Often To Be Haunted

When you grow up as an Irish American, you often grow up homesick for a country you have never seen, because you feel that no matter how much your ancestors have sacrificed, the world you have was only formed because they lost their own.

Talk among the Irish today tends to revolve around new realities of unsettling change. The country’s roller-coaster ride over the past two decades has produced, if not 40 competing emotions, at least a baker’s dozen of separate responses..

Useless Beauty: A Canticle for the Cosmos

What do we make of a universe saturated with an extravagance of beauty?

Life as We Know It

From the beginning the human race has scanned the heavens for the meaning of our existence and signs of creatures living far, far away. The search itself says a lot about who we are.

A Climb Too High

And a friend for life

John Bellairs Author of the Imaginary

John Bellairs ’59, the celebrated creator of spooky and suspenseful children’s literature, was once my witty and fun-loving guide through the magical vacationland that was Notre Dame.

Witness to the humanity of killers

Their faces open with joy

I had hoped for more