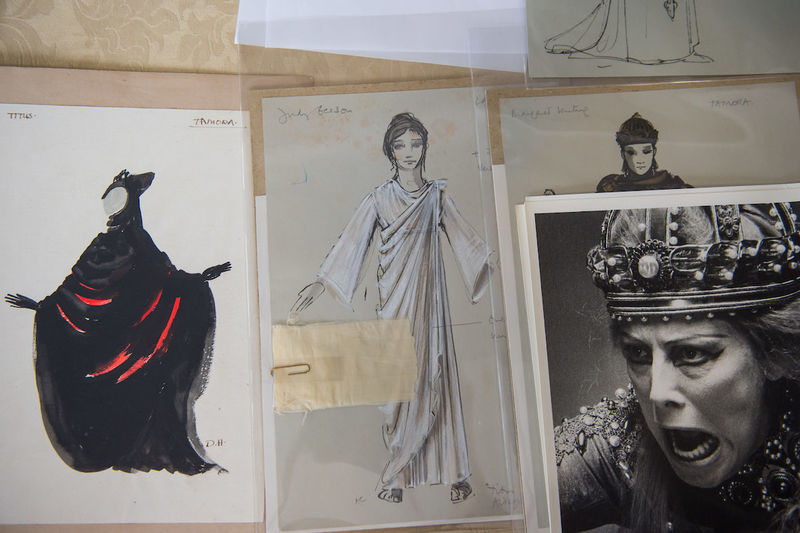 Like the archival riches he described, Nick Walton of the Shakespeare Birthplace Trust overflowed with knowledge of William Shakespeare’s plays and the vast diversity of their productions over the centuries. 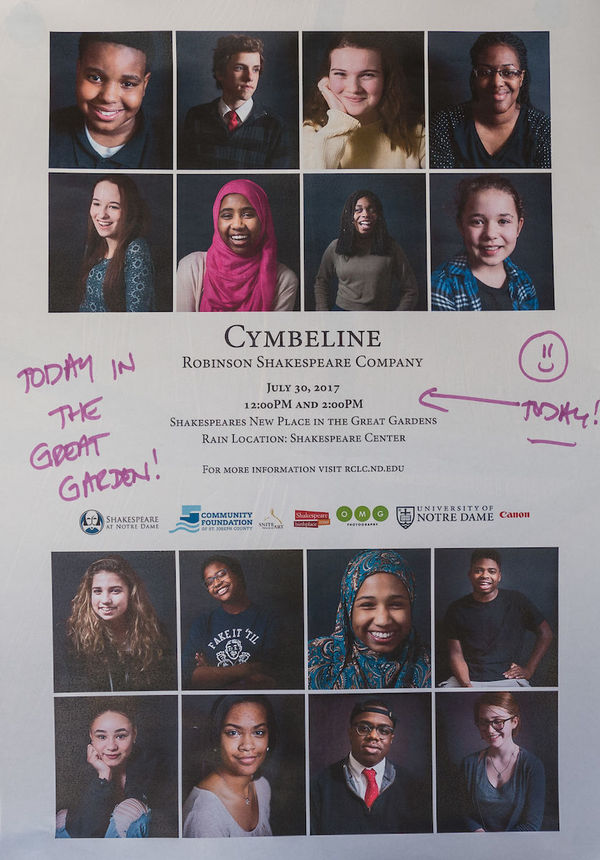 In protected subterranean vaults beneath the room where the Robinson Shakespeare Company actors were sitting, Walton told them, was one of the world’s greatest Shakespeare collections. More than 50,000 books. Plus theater programs, photographs and recordings that form a sweeping testament to Shakespeare’s enduring legacy and perpetual relevance.

“It’s an amazing treasure trove that we’ve got,” he said, and some of it would be retrieved just for the Robinson players to look at during their visit Friday morning.

“And now,” Walton added, almost as an aside, “we’re able to add your poster as well.”

The news, delivered so matter-of-factly, crackled through the room like an electric current, sparking gasps and tears among the ensemble members. Alongside items so precious that only authorized personnel turn the pages of some books and visitors wear protective gloves to handle delicate pictures, the Robinson Shakespeare Company’s Cymbeline poster will take its place.

“You’re leaving your poster,” Walton said, as if to drive the point home, “the record of your performance, down in the world’s archive for Shakespeare.”

Not only that, the context of the company’s two shows Sunday at Shakespeare’s New Place add the slightest bit of additional interest to their item among the many.

New Place was Shakespeare’s home in Stratford-upon-Avon for nearly 20 years until he died in 1616, but his house was demolished in 1759. For the 400th anniversary of his death last year, the Shakespeare Birthplace Trust redeveloped the site into a commemorative landmark of lush gardens adorned with artwork representing the plays written there, a list that perhaps includes Cymbeline.

The Robinson Shakespeare Company will be the first group to perform in the Great Garden since New Place opened. Which will make that Cymbeline poster reference material for a historic trivia question.

“Lots of people will get to see it,” Walton said. “And what’s more, they will look at it, because when people are saying, ‘What happened at New Place when it opened?’ Robinson Shakespeare performed Cymbeline.”

Then the story of a South Bend-based youth troupe traveling thousands of miles to perform will be more than a personal thrill for the actors. Their production will be documented for posterity, preserving their footprints on the land where Shakespeare walked.