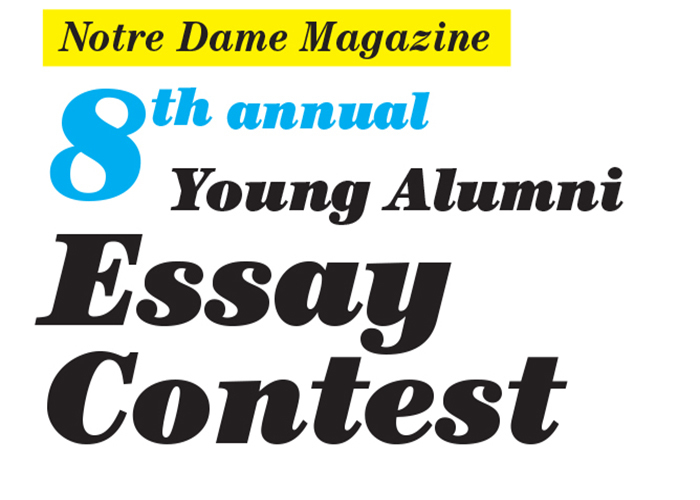 One night on a floodplain in Papua New Guinea, with twilight rains thudding against a thatched roof and turning a nearby river the color of earth, I join Benson Wairom and a group of elders from Kwima village as they encircle a fire to sharpen their spears. Meat from the boar they have hunted simmers in an iron pot. Outside, raindrops drumming the forest canopy mingle with the rattling clicks of beetles and the wild clamor of cicadas. Bats rustle in palm fronds overhead. Tongues of flame flicker in the treehouse and reveal the boar’s head smoldering in embers.

Listening to the river rise into a torrent, a man named Kapso begins telling stories of how the water carried his ancestors back from hunts and raids. Armed with bows and embarking on a quest for social prestige, they returned in triumph to sing and dance until sunrise. Kapso passes me a plate of wild banana, chalky and white, to eat with the roasted boar. Then he winds grass stems through a hole in his nose.

“This hole was once the custom for all men in our village,” he says. “The grass isn’t as good as a bone. But it works.”

“Tomorrow we will go into the forest,” Wairom adds.

The forest was why I had traveled here with Tiberius Jimbo, a Papua New Guinean botanist, in the hope of understanding a culture and the biodiversity surrounding it. The expedition is replete with the discomforts of anthropology: appearing as a stranger in a village, telling its leaders you want to study their lives and asking to unroll your sleeping bag in the vacant corner of a house. Knocking on a door in an American city with a similar request might be met with alarm. But in Kwima, plants become a vocabulary for approaching culture, a botanical bridge where flora leads to lessons in food and custom, healing and magic.

The next morning, Wairom appears, paddling a 30-foot dugout canoe with a Yamaha outboard engine bolted to its stern. Loading plant presses into the boat alongside a dozen coconuts and 40 pounds of rice, we set off upriver into the flooded rainforest. As time passes with the sounds of birdcalls and water lapping the boat’s sides, the canoe transports us into another reality.

The Sepik River flows like a muddy corridor between emerald walls of palms and vines, clouds of butterflies and flowering trees jeweled with orchids. Crested hornbills cut through the sky. Rounding a bend in the river, the canoe surprises a freshwater crocodile sunning itself on a log, mouth agape with dinosaur teeth, amber eyes fixed on us before sinking below the surface. Water flowing behind the canoe reflects the riverbank and its teeming forest, colored and distorted, a blurred mosaic of jade.

A sudden glimpse of pale, purple flowers — a Psychotria species in the coffee family — marks a spot to beach the canoe and begin botanizing. Shouldering the latticed plant presses, we splash through the understory beneath a dome of dappled green leaves arching like the ceiling of an endless cathedral. Spiders the size of human hands hang suspended in the gloom. To sit still in the rainforest is to welcome a plague of insects but also to stand awestruck before the tropical lowlands in their astonishing array of life — a labyrinth of lianas, fungi and ferns.

At the sight of animal tracks pressed into the mud, Wairom casually hands me a spear. “In case we see a pig or cassowary,” he says.

We press on. As an amateur botanist, I spend 15 minutes trying to count spindly stamens on a single flower through my hand lens. Yet for Jimbo and our assistants from Kwima, the forest is a touchstone of medicine and myth, a place they navigate at will, mingling words in the Tok Pisin and Abau languages with an organism’s Latin name.

With each species encountered, the pattern of life in Papua New Guinea becomes more tangible. For peoples of the western Sepik River, hundreds of plants compose the fabric of culture. A tropical hardwood is both a tree and a potential canoe; another embodies the house of a massalai, or spirit. Boiling the leaves of several herbs provides a traditional treatment for malaria; a root’s white sap is poisonous. Vines yield drinkable water or strings for a bow. Wairom’s knowledge of his environment is a functional necessity and a legacy thousands of years in the making, a societal achievement as impressive as the pyramids.

Jimbo pauses in front of a slender stem with clamshell flowers and pink-spotted leaves.

“I think this one is new,” he says. “Completely new — a species that hasn’t been described yet.”

Kapso approaches. “We boil this one and give it to people who are short of breath,” he says.

Not long after we finish laying the begonia specimen between sheets of newspaper in the press, light slants through gaps in the canopy and illuminates an opening in the trees. Moving toward it, unfamiliar silence replaces the croaks of frogs and riotous birds. We soon learn why. As the trees break, a flattened landscape stretches to the horizon with splintered stumps and logging slash piled beside bulldozed roads.

The sound of flapping overhead draws our eyes upward. Hornbills are fleeing the sound of a chainsaw roaring to life a mile away.

“Papua New Guinea is the land of the unexpected,” Benson Wairom says. “But we didn’t expect this.”

Kwima village reflects a paradox — pocketknives and marsupial pelts, sago palm paste and colonial radios, a riprap of tradition and modernity. After independence from Australia in 1975, peoples who for generations lived by hunting in the forests and tending gardens now watch commercial aircraft cruising over their stilt houses. The same river we followed to find the undescribed species of begonia flows northward into the Bismarck Sea, where cargo ships export logs to Malaysia and China. Once the dwelling place of spirits and habitat for dozens of species, a tropical tree transforms through the alchemy of economics into hardwood flooring for suburban homes.

To Wairom, the sight of land logged for a new oil palm plantation points to an ancient power: sorcery. A provincial politician has struck a deal with Malaysian loggers, he explains, and the sanguma magic — once a shamanic equalizer maintaining balance between villages — has morphed into a weapon coercing reluctant elders into leasing land. Industry keeps changing life along the Sepik, he says. Walking by night, the sorcerer wields magic far more potent than the company’s machines. To resist is to become a target.

Here, too, plants provide a lens for viewing cultural change. Leaves become scales on which good and evil, healing and death, have balanced for millennia. Taken in the mouth, some species guard against magical attack; others are implicated in sanguma rituals. Together, they form a cosmology, an ecosystem of ideas inherent in the earth.

But the plants are disappearing.

Growing up near a lumber mill in the Sierra Nevada mountains, I understood the forest around me as the source of people’s paychecks, a resource to harvest as the lifeblood of a town. Yet in Papua New Guinea, trees are anchors of identity, markers of burial grounds, the source of life — and their erasure is akin to destroying a monastery.

The begonia species is new to science; however, to say our team discovered it feels hollow and false. If anything, the real discovery is a different vision of humanity. New Guinea contains 10 percent of the planet’s botanical diversity, and its 800-plus languages echo from indigenous people. Often unnoticed by headlines, these men and women are stewards of fragile knowledge — storytellers remembering water spirits, hunters confronting crocodiles, elders who recognize hundreds of plants by sight and touch.

At a time when isolation defines our days and the rainforest feels like an exotic abstraction, what’s at stake when people thousands of miles away witness their sense of place altered in the play of power? Perhaps the lesson can be found in a cornerstone of anthropology: that our culture is one among thousands, each hinting at different ways of seeing human life and its possibilities. The loss of one extinguishes an irrecoverable part of our collective heritage.

Companies bulldozing rainforest in the name of progress perceive the people of Kwima as an obstacle to development, an artifact of the past unable to appreciate spreadsheets and profits. They fail to realize the pricelessness of New Guinean values — reciprocity, community and land ethics — values to diversify our own perspective and help us adapt to an uncertain future. In carving crocodile eyes into the prows of canoes, tracking boars through winding paths and including the land in acts of prayer, indigenous people remind us how a single leaf might be so much more. Rather than subduing nature and accepting the uniformity of a digital age, they remind us of our capacity for wonder.

Austin Hagwood’s essay won first place in this magazine’s eighth annual Young Alumni Essay Contest — the Schaal Prize, named for former managing editor Carol Schaal ’91M.A. Hagwood received a master’s degree in social anthropology from the University of Cambridge before embarking on fieldwork in Papua New Guinea through the support of a Fulbright Study/Research Award and a National Geographic Early Career Grant. He lives in Montana.