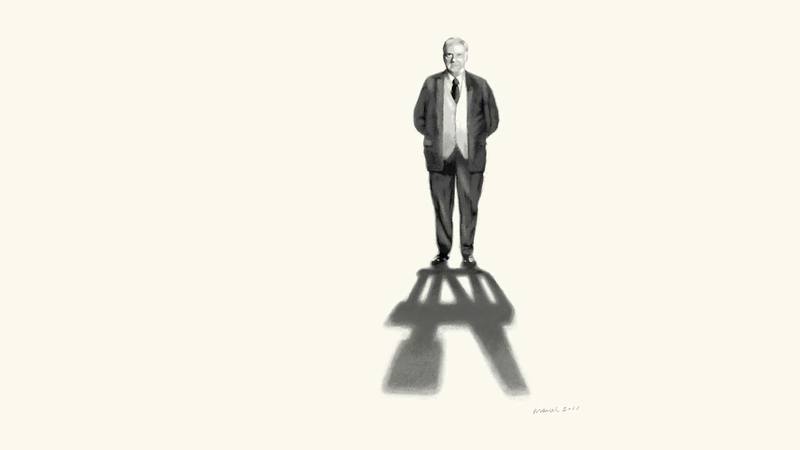 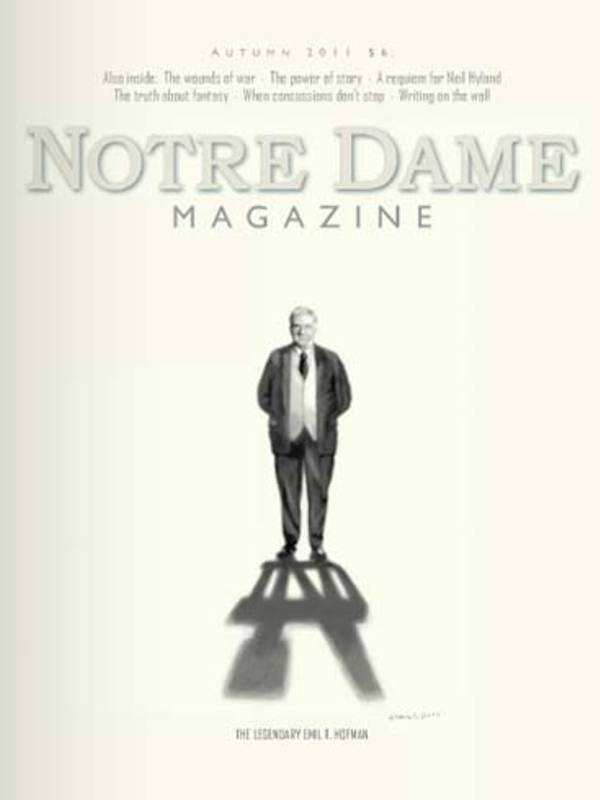 Few people in Notre Dame’s history have had such an impact on the place and its students. So why the T-shirts, “Deliver Us from Emil”? It might be those weekly quizzes.
Full story

It may have seemed that time heals the brain after severe blows to the head, but the evidence shows a cumulative effect may cause long-term suffering.
Full story

She was my student, I her teacher. But as life wheeled around, so, too, the swing of our friendship — until she became my very own fairy godmother.
Full story

In a world where the supernatural is threatened with extinction, the sacred may survive in the lands of fairies, fantasy and fable.
Full story

Dealing with the Dead

The deceased were not the only victims of the mortuary tent in Logar Province, Afghanistan. Even the living are still haunted by the place.
Full story

Time Enough for a Story

As life quickens by and the generations pass, stories are handed down like heirlooms, told and retold to help us try to make sense of it all.
Full story

An Epilogue for Neil

A decade has passed since 9/11 and friends still gather in his memory, laughing at the stories that keep him and his playful soul alive — and celebrate his quest for the “arduous good.”
Full story

The sacred and secular at Ground Zero

What fools these mortals be