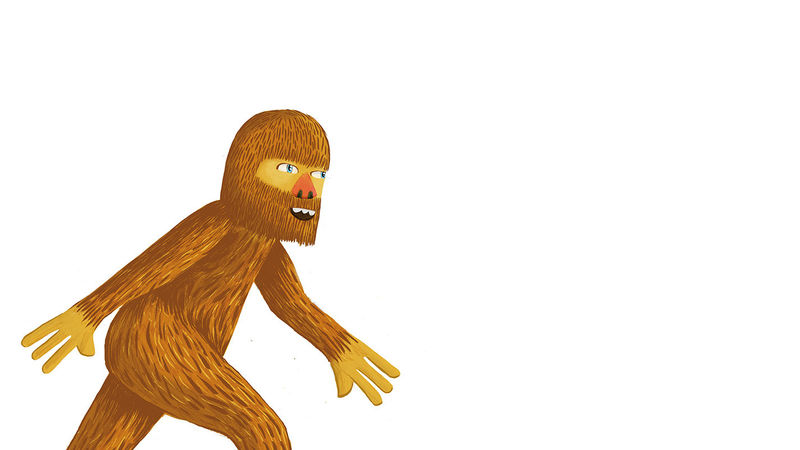 Consider the platypus. Had a live specimen of this semiaquatic mammal not been captured, studied and documented by scientists, could you imagine such a creature exists? Featuring a strange hodgepodge of duck, beaver, otter and baby seal, the platypus is one of only two extant species of monotremes — egg-laying mammals. Their duckbills are equipped with electrosensors that allow them to pinpoint underwater prey, and males of the species have venomous spikes in their hind feet. 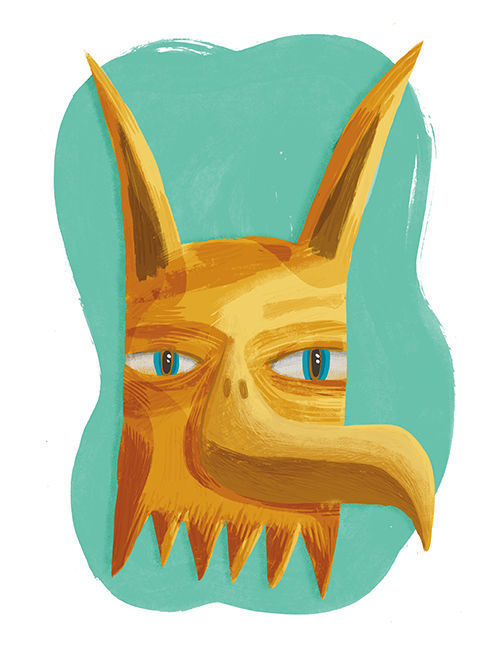 So strange is the platypus that the first scientist to describe it thought his specimen was a hoax, sewn together from different animals. Their description alone renders implausible the fact that platypuses swim the rivers of Australia even as humans walk this world.

The platypus appears to fit best in the field of cryptozoology, a term in popular usage that denotes the study of “hidden animals” — those like the jackalope or the squonk whose existence is unsubstantiated and is therefore disputed. Animals is the distinguishing term: Cryptozoology does not refer to the study of hidden beings such as extraterrestrials, zombies, werewolves, vampires or other shapeshifters. 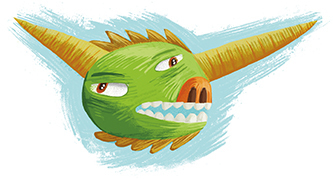 Cryptozoologists take seriously their pursuit of animals not yet scientifically documented. They chase evidence to prove the existence of animals that may have been sighted in the wild or recorded in lore, but for which no specimen has been produced. Take the Loch Ness monster, possibly first sighted in the sixth century by St. Columba, who, according to a chronicler, successfully commanded a “water beast” making hungrily for one of his followers swimming in the River Ness to “go no further.” Columba made an authoritative sign of the cross, and continued, “Do not touch the man. Go back at once.”

Nessie’s legend sparked public imagination in 1933 when a London couple on holiday reported a 25-foot, limbless creature smashing its way toward the water with some unfortunate prey in its mouth. Since then, no fewer than 10 serious attempts have been made to spot, document and identify the possibly plesiosaur-like monster, using binoculars, cameras, sonar, echo-sounder equipment, satellite tracking and even a DNA survey of the deep, dark, 22-square-mile Scottish lake. In 2014, enthusiasts claimed they could see a creature some 100 feet long in an Apple Maps satellite image of Loch Ness. But to date, no proof. 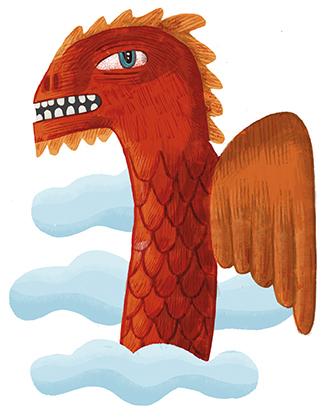 Each year, new animals, even mammals, are recorded by scientists — a fact that fuels the cryptozoological enterprise. Yet these new discoveries tend to be tiny animals, or a reclassification of a known subspecies into its own “new” species: Scientists do not routinely record animals as large as a kangaroo or a walrus, much less a prehistoric aquatic dinosaur.

In the 20th century, Western scientists’ “discoveries” of large land mammals have occurred in remote, undeveloped areas of the world such as the Ituri Rainforest in northeastern Congo and the Annamite Range in Laos and Vietnam. In those places, such rare creatures as the okapi, a giraffe-like mammal with velvety skin and zebra-marked hindquarters, and the saola, a chocolate-brown relative of the mountain goat with long, parallel horns sometimes called the “Asian unicorn,” had populated local stories and folklore for decades. Yet they only emerged among the menagerie of Earth’s stranger creatures long after the famed French naturalist Georges Cuvier’s 1812 declaration that the discovery of any new large animal was unlikely.

The okapi and the saola give credence to the ambitious cryptozoologist. The documented existence of such strange creatures cultivates hope among believers in a more humanlike mammal that has yet to deliver a specimen, that greatest of the cryptids: Bigfoot.

Alternatively known as Sasquatch, “Bigfoot” refers to a bipedal, hairy, ape-like mammal that populates the mountainous woodlands of North America, especially in Oregon, Washington and British Columbia. Known to several tribes of the Pacific Northwest who shared their stories with white settlers in the 19th century, the Bigfoots are a North American iteration of the Yeti or Abominable Snowman of Himalayan folklore.

Bigfoot derives its name from its seemingly outsized feet. For an animal thought to be about six to nine feet tall, it is Bigfoot’s five-toed, clawed tracks — up to 24 inches long and eight inches wide, famously plaster-cast by enthusiasts and displayed across the media and at kitschy roadside museums throughout the United States — that are the hidden creature’s defining feature.

Bigfoot is even more prevalent and haunting in folklore than Nessie or the terrifying chupacabras of Latin America. No other hidden animal is more frustratingly elusive to believers, or as confounding to nonbelievers. The Bigfoot industry encompasses a wide range of toys, books, movies, TV shows, websites, societies, expeditions and advertising.

The image of Bigfoot most prevalent in the popular imagination is contained in the 954 frames of color film captured in 1967 by Bigfoot seekers Roger Patterson and Bob Gimlin at Bluff Creek in California. As provocative as the Zapruder film of John F. Kennedy’s assassination and nearly as infamous, the brief footage is considered by some to be incontrovertible proof that Bigfoot exists in reality, while others see it as an elaborate hoax. Either way, the Patterson-Gimlin film — and in particular frame 352, which revealed an upright, hairy, monster-like creature strolling peacefully but purposefully through fallen timber and underbrush — effectively seared a master image of Bigfoot into Americans’ imaginations. 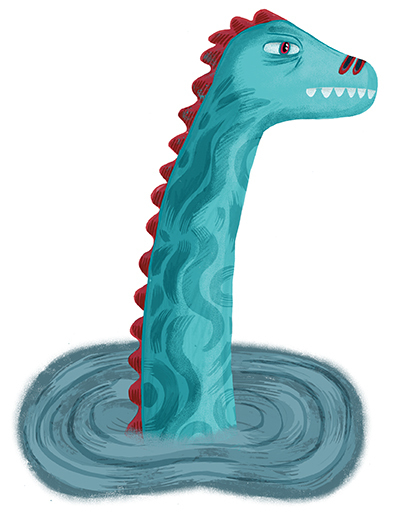 I too have encountered Bigfoot, but not in the Pacific Northwest. In the mid-1980s while exploring the dusty corners of the public library of my childhood, a squat building with all the wistfulness and disorder of a used bookstore, I unearthed an oddity: British primatologist John Napier’s Bigfoot: The Yeti and Sasquatch in Myth and Reality, published in 1973. Among the various images reproduced in the book is frame 352. A legend was made real to me.

It is best to have such magical seeds planted in one’s imagination before the brain matures. My previous fixation with a book about movie-monster makeup and prosthetics (in particular, that of the Mummy) was supplanted by this new-to-me Bigfoot book. I didn’t understand much of the text, but I could comprehend the images. I saw what so many others had seen in frame 352. I was hooked.

These childhood visions of Bigfoot were further crystallized through my repeated viewings of the hit 1987 motion picture, Harry and the Hendersons. Starring classically trained actors like John Lithgow, Don Ameche and David Suchet, Harry embodies the zeitgeist of the Bigfoot movement. After accidentally hitting what they think is a deer on their way home from vacation, a family, led by Lithgow, realizes it’s a Bigfoot. Assuming it’s dead, they decide to bring it home. In fact, it’s alive. Comedy ensues. “Harry” is anthropomorphized through a series of emotional and slapstick encounters as the family welcomes him into their home like an overgrown pet. All the while, Harry is pursued by a nefarious hunter who is determined to bag a Bigfoot and thus prove its existence.

Harry and the Hendersons humanizes Bigfoot in a way no other depiction has, underscoring what distinguishes this beast from other cryptids. It is intriguing to imagine that, like the platypus, Bigfoot cohabitates our world. If Bigfoots exist beyond myth, they may be the most cunning and elusive creatures on earth. But what of the creatures that may yet remain so deeply hidden that we have no myths, stories or sightings of them at all?

If we could plaster-cast the impressions that such strange creatures leave as they trek through our imagination, they might be larger than any of the footprints left by Bigfoot. And yet the fact remains that we already live among stranger creatures, such as the babirusa, a swine-like animal in Indonesia whose canine tusks grow through the flesh of its snout. We live in a world with the near-mythical okapi of central Africa. We live in a world with the platypus.

Bigfoot preoccupies us because its near-humanity allows us to dream about the natural world and our place in it, about secrets beyond our knowledge, about hidden things. We ought to imagine that one day we, like Cuvier, may be proven wrong about what we think we know based on what is tangible and dissectible and recorded in the books.

Whether we believe Bigfoot truly roams the forests of the Pacific Northwest or we insist it exists only as a figment of our collective imagination, or we snicker that it's all just commercialized bunk — the possibility gives us space to dream of a world amazing enough for strange and hidden animals to exist.

David Chaudoir is a writer and anthropologist.