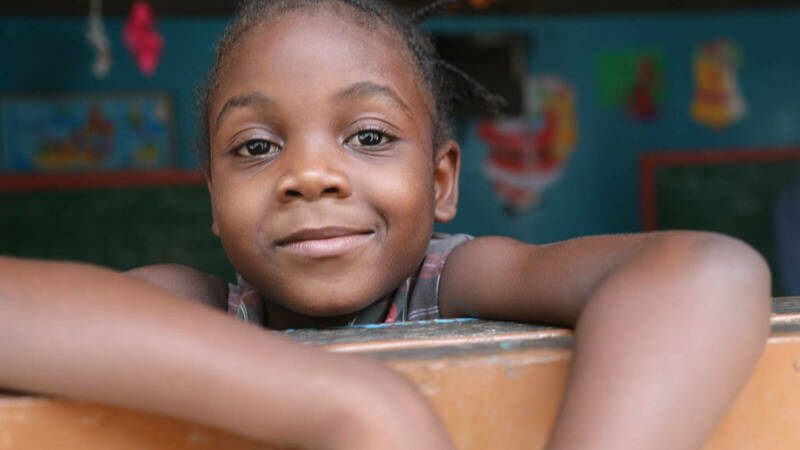 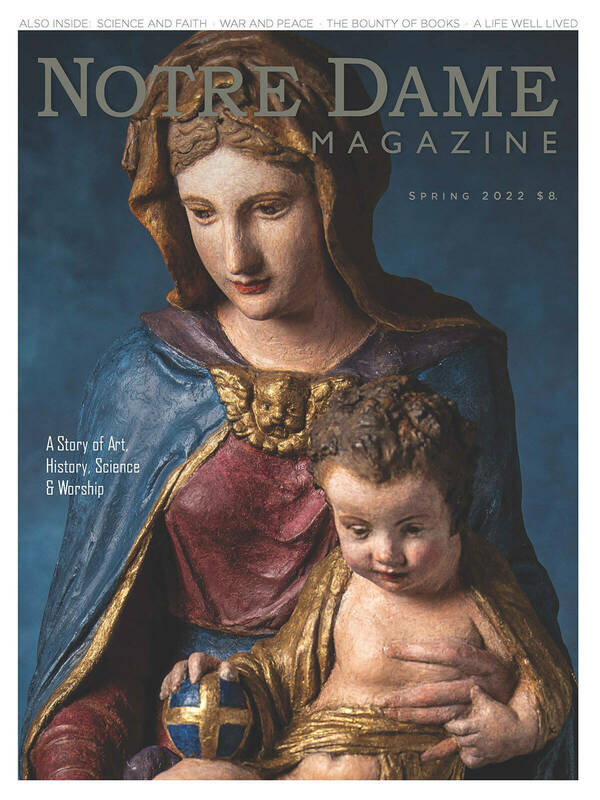 Our Lady of the Snite

Having stood at the entrance to Notre Dame’s art museum for decades, Jacopo Sansovino’s 500-year-old Madonna and Child received a meticulous makeover for its move to the future Raclin-Murphy.

What I Saw There

Vincent van Gogh brought more to the canvas when he painted the wheat fields of Auvers-sur-Oise.

There have been many plot twists in Gerry Straub’s odyssey from Hollywood to Haiti. He is still at work on the happy ending.

Advocate of the Last Resort

Bill Ryan ’56 is one of the few who has acted on the biblical call to visit those in prison, and so do for Jesus by doing for the least among us.

It’s time to convert the debate between science and faith into a dialogue of mutual enrichment.

A Wrinkle in Space

Something happened that day by the river, and it has taken me a long while to recover.

The Power that Preserves the Peace

In a world at war, and with wars rarely being a real solution, the nuclear arms stalemate has been a realistic compromise between Catholicism’s pacifism and its just war theory.

And This Is Your Brain on Books

A brief meditation on hidden gems