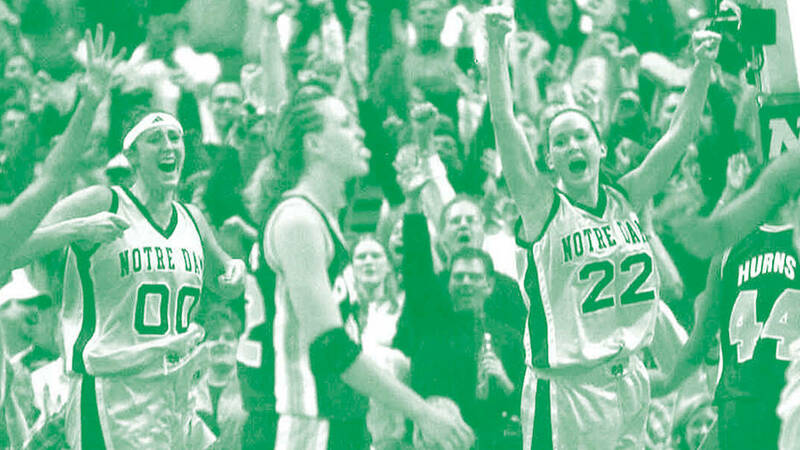 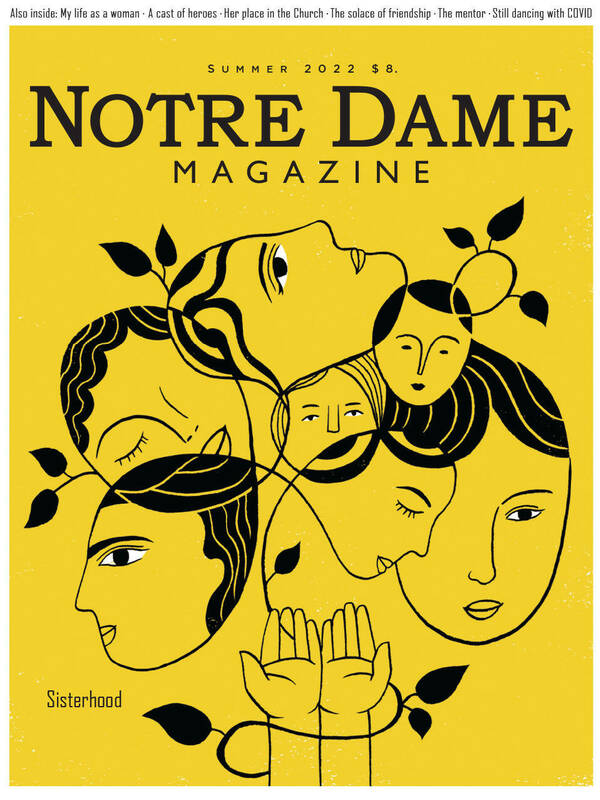 We have nurtured each other throughout our lifetimes, bound by a simple truth — women understand.

Stopping by her grandmother’s home on a snowy evening.

A woman who has reached her middle years confronts an age-old question.

The Ones Who Came Before

When Notre Dame threw open its doors to women undergraduates in 1972, those who enrolled were actually not the first.

A Benevolence of Friends

When Sue’s tragic death left a vacuum in our lives, we tried to close the circle with a communal embrace.

A loyal daughter remembers the men’s university she attended 35 years ago and wonders if women have been fully woven into the fabric of this place.

‘You bring together the components of your art, and all kinds of energies are released, and you have to ride the rocket that you’ve constructed to whatever end it’s going to have.’

Rider on the Storm

When the Twin Cities erupted in racial turbulence, Linea Palmisano ’98 steered the chaos toward reason and stability.

Under the Long Haul

Dances with her young daughter — and other acts of normalcy — have been curtailed by the lingering effects of COVID-19.

Writing Her Own Script

As a filmmaker in L.A., Charlie Buhler ’10 pursues the kinds of projects she wishes Hollywood would take on.

Fifty years ago, Pope Paul VI asked whether women could be deacons. With the acute need for such servant leaders in the Church, the faithful still question, why not?

Much More than Baby Talk

Notre Dame alumnae have established a virtual village to share life’s intimate details and allay the isolation and anxieties of motherhood — and other worriments.

Jenny Curran Hunsberger ’95 has made sure that women have the care and support she once needed so badly that time when she was young.

Title IX gave women the right to compete on level playing fields. When given the chance, Notre Dame’s female athletes have soared.

The easy way out